The Fishing Club has finished their stocking process for this year.  100 lbs. of Fathead minnows, 416 Largemouth Bass, and 442 Redear Sunfish have been released into the Lake!

New this year are the Redear Sunfish, a.k.a. Shellcrackers.  They resemble a Bluegill, but grow larger.  Adult males average 7 – 9″ in length and will weigh about a pound.  They can get up to 17″ long and weight several pounds!  The current record is 5.78 lbs!  The easiest way to tell them apart from a Bluegill is the male Redear has a cherry-red edge on its gill plate, hence the name.  Females have orange coloration in this area.  Their favorite food is snails, and that is where they get the nickname Shellcracker. 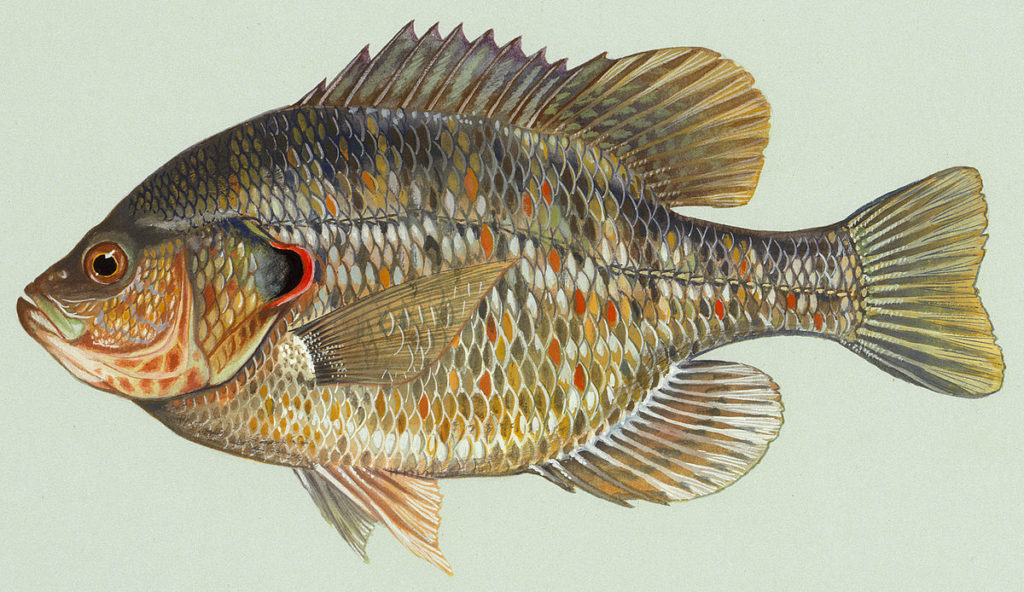