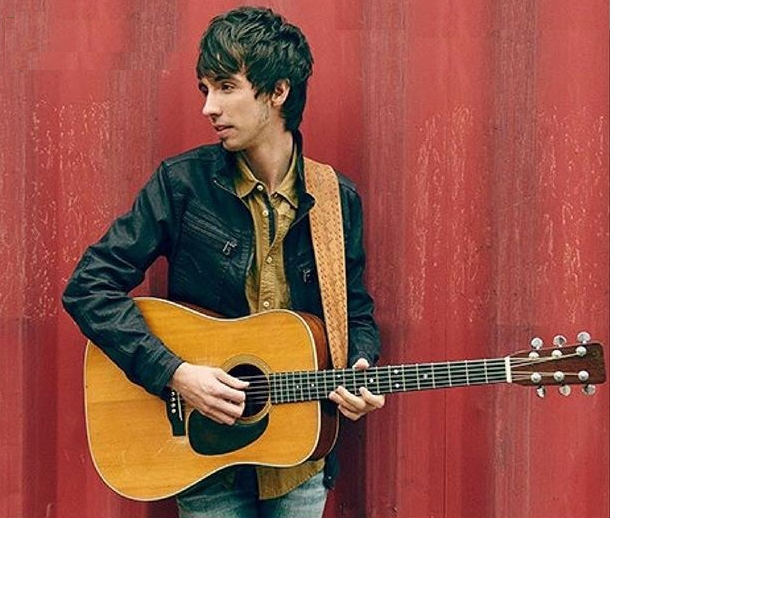 Highlighted as “One of the strongest male vocalists to come along in some time…”, Billboard Magazine has named Mo Pitney as a hot country artist to watch…”  Mo Pitney is a legitimate Nashville “Country” star.   He has played the Grand Old Opry as well as internationally.  When Mo Pitney sings “let me tell you about country” in his debut single, he’s doing more than telling. He’s showing. Appropriately titled, the song “Country” is as much positioning statement as introduction. In three minutes and 16 seconds, it is almost precisely who he is in word and deed. The vocal delivery, storytelling, musicianship and reflections of his outdoor lifestyle – as well as faith, family and patriotism – offer a spot-on portrayal.

Thanks again to Ernie’s Pharmacy for sponsoring the 2018 Summer Concert Series.

Don’t forget to put our Community Days events on your calendar for Sept. 2 &3!

Cornhole Tournament at Basketball Court. (Registration 5:30, begins 6:00) $5/ entry, pay on day of tournament. Get your own team of 2! Pre-register at office or PM Ken Petry or Angela Watson on Nextdoor. 50% entries to winners!  Info available on website. Cancelled if bad weather.

Twisted Treats will provide free ice cream ( up to 315). Sponsored by Wilderman Realty.

Pancake Breakfast 9-11 AM at Lodge. Sponsored by Booster’s Club. Cost is $5, children under 4 free.

COME JOIN YOUR FRIENDS AND NEIGHBORS FOR FUN, FOOD AND GREAT CONVERSATION!

Returning from last year will be our 2 most popular acts, Ashley Martin (a country/pop singer) and Soul Express (a funk/soul band) both from Dayton, OH.  Both acts gave us great shows and received very positive feedback.

Perhaps most exciting is our featured act for this year, Mo Pitney, a country singer from Nashville.  Mo was named as one of Billboard magazine’s “hottest country singers to watch.”  He has had multiple single releases, the most popular called “Country” which reached #40 on the charts.  Opening for Mo will be Matt Prater, another Nashville resident country singer.

The Temps, from Springfield, will play in August and will entertain us with their upbeat renditions of dance cover music from the 80’s to today.

Last, but not least is one of our own, Ernie Sparks and his band called “Rendition.”  They play classic oldies and feature a large horn section which adds tremendous depth and interest to the band.

Choctaw Lake wants to thank Ernie Sparks and “The Medicine Shoppe” for sponsoring our concerts this year.  Here are the dates and acts.

If you’re feeling rather funky

‘Cause your boat looks really junky,

Off your back, just get that monkey!

from your grandma’s attic trunk

All you need’s a little spunk

To assemble it with gunk.

You may seem rather brash

Rooting through your neighbor’s trash,

But if you want to make a splash

Join in the junkyard dash.

See you at the beach Sunday, September 3rd, at the 15th Booster Club Junkyard Boat Derby. Check the Junkyard Derby event page for rules and details.

Download your registration form on the event page, or right here.

Be certain to fill out your registration form carefully and completely!

The 2017 Choctaw Junkyard Boat Derby will take place as usual, the day before Labor Day as part of Choctaw’s Community Days celebration: Sunday, September 3rd at 4:00 p.m. (mark it on your digital calendar here).

Anything that floats and meets the guidelines below is eligible to enter.

All registration forms need to be filled out COMPLETELY AND LEGIBLY, including e-mail address, phone number, and age category, and name of boat. THE NAME AND AGE OF EACH PERSON ON BOARD MUST BE ON THE FORM. THE AGE OF THE OLDEST PERSON ON BOARD DETERMINES WHICH HEAT EACH BOAT ENTERS.

The registration table will be set up at the beach at 3:00 p.m. on race day, and all boats must be registered and lined up at the beach, READY TO RACE by 4:00 p.m. at which time the Emcee will start interviewing the contestants. The race begins after all contestants have been interviewed.

Each heat will start when the judge determines that all boats are lined up properly behind the starting line.

Entrants under the age of 18 must have written permission from a parent or guardian and be accompanied by a designated adult during the race.

Racers in the 12 & under category MUST wear a Coast Guard Approved Flotation Device.

Awards will be given in the following overall categories: Anchor Dragger (last place) will receive a replica of an anchor as well as a certificate. Other categories are: Best Team Spirit, Best-Looking Boat, Best Costume, Best Use of Materials, Most Creative, Wackiest Boat, Most Ingenious Design, and Most Likely to Sink. Prizes will be provided by local business sponsors.

Look for your entry forms in the August Peace Pipe and also online at choctawlake.com.